The twelfth International Skyrunning Federation General Assembly was held on October 18, 2019 – once again in Limone, on Italy’s Lake Garda where some of the world’s best skyrunners gathered for the SkyMasters closing the 2019 Migu Run Skyrunner® World Series.

The assembly was chaired by Silvio Calvi, Vice President, International Relations, and Marino Giacometti, President. The President’s Report outlined the current situation which includes developments with the new Course Certification label, strategic for underlining skyrunning parameters and distinguishing the sport from other mountain running sports.

Giacometti underlined the growing success of the Continental Championships which included the new North and South America events. He congratulated the highly successful Youth Championships with the participation of 28 countries and confirmed that the 2020 venue will again be held in L’Aquila, Italy.

The continued co-operation with the UIAA (International Climbing and Mountaineering Federation) points to safety and equipment quality control together with the joint WADA anti-doping campaign, implemented at the Skyrunner® World Series SkyMasters in Limone on October 19, where urine and blood samples were taken from the winners and other athletes.

Lauri van Houten, VP, Communication, presented the positive social media statistics and online clippings of the Youth and Continental Championships to date, together with an invitation to share #skyrunningfederation on members’ media.

Silvio Calvi was re-elected as ISF Vice President. Dr Giulio Sergio Roi’s mandate on the ISF Management Committee expired and he was replaced by Rogelio Macias from FEDME, the ISF member from Spain. Dr Roi will continue with his role as Director of the ISF Medical Commission, Director of the Youth Commission and as President of FISKY (ISF Italian member). 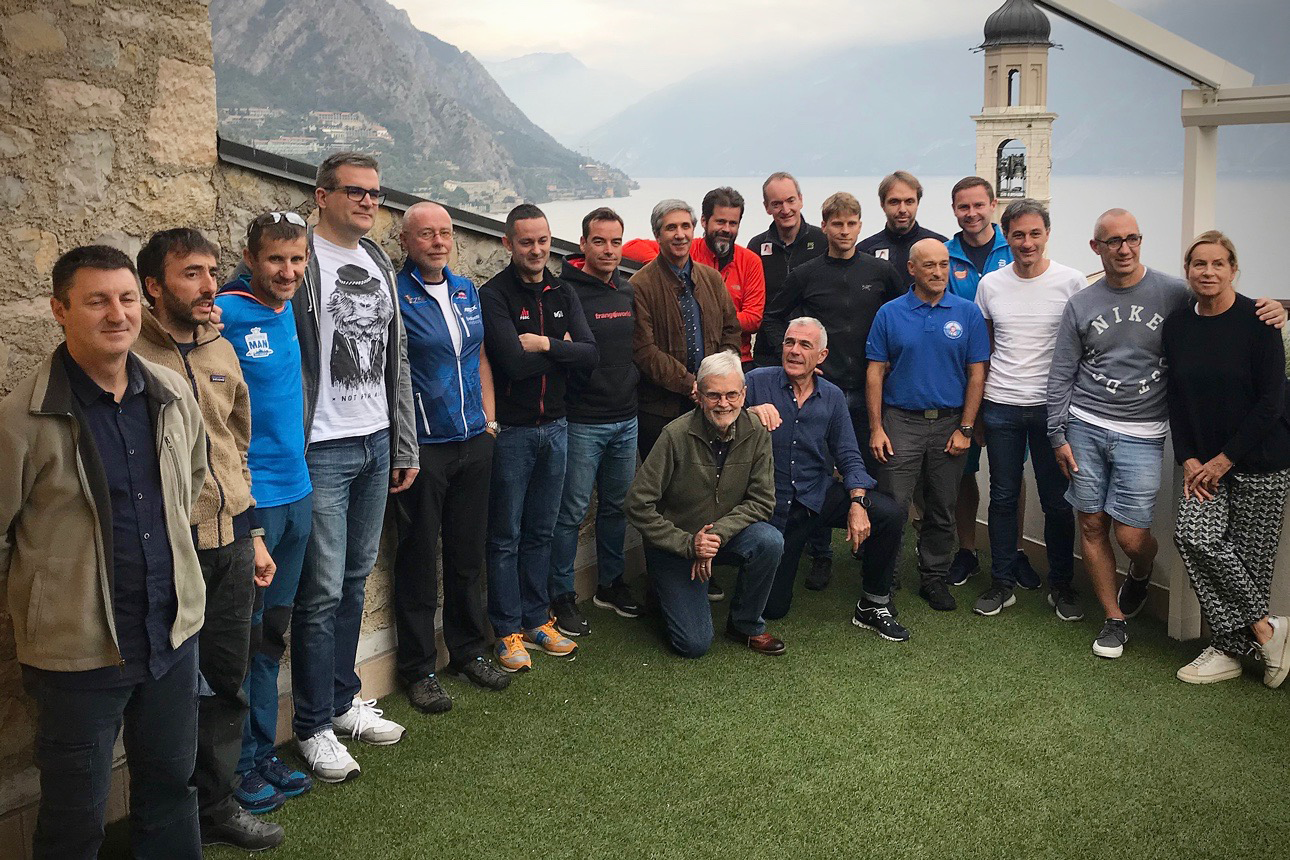 The 2020 Annual General Assembly will be held at the 2020 Skyrunning World Championships in Spain on July 10-12.

Thanks to the Limone Tourist Office for hosting the meeting and a big thanks for the support to all our members, old and new. Less cloud. More Sky!

First Stairclimbing World Championships kick off with Dubai Holding SkyRun 2022 this Saturday. The challenge is on!

2023 Continental Champs stretch across the globe

Instagram
The 2023 Skyrunner World Series is ready to go! Wi

Congratulations to the fastest men on the stairs c

Who’s ready for the #stairworldchamps? Our top a

💥 Two days to go to the first ISF Stairclimbing

Let's start the countdown! ⏳ Only three days to

It's only one week to the first-ever Stairclimbing